Sedimentary structures of the Sydney Basin

The Sydney Basin has many examples of sedimentary, bedding, and stratigraphical structure.
Below is a few different examples from various formations to assist with identification.

Laminations
Lamination can occur as parallel structures (parallel lamination) or in different sets that make an angle with each other (cross-lamination). It can occur in many different types of sedimentary rock, from coarse sandstone to fine shales, mudstones or in evaporites. 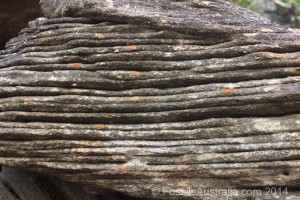 Dropstones are commonly interpreted as being dropped into the sediment from floating icebergs, ice rift etc and dropped in vertically through the water column. Evidence includes an impact depression beneath the dropstone and angular clasts. These dropstones were deposited from season icemelts in a fluvio deltaic setting.
Formation: Wilton Formation, NSW Australia 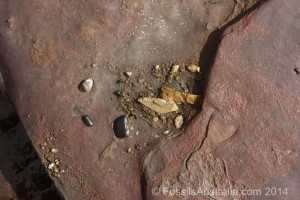 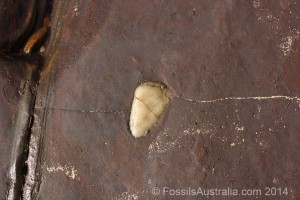 Bioturbation is the reworking of soils and sediments by animals or plants. Its effects include changing texture of sediments, bioirrigation and displacement of microorganisms and non-living particles. Fluvio deltaic setting.
Formation: Wilton Formation, NSW Australia 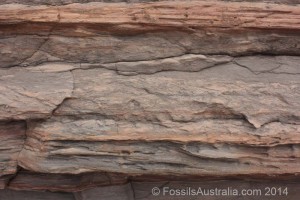 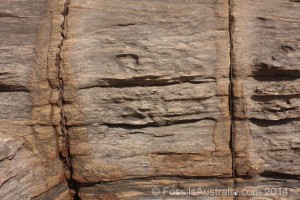 Load structures or load casts (also a type of sole marking) are blobs that form when a denser, wet sediment slumps down on and into a less dense sediment below.
Ball-and-pillow deformations are a result of a physical shock that has been applied to unconsolidated sediment. This shock causes rupturing to occur in the sedimentary rock layer, which induces instability. Individual lobes caused by this unstable state break off and move downward, settling into the underlying layers. The “pillows” that have now been produced typically retain their original bedding compositions. earthquakes, erupting volcanoes, or meteoric impacts can create these formations. 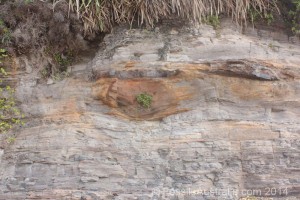 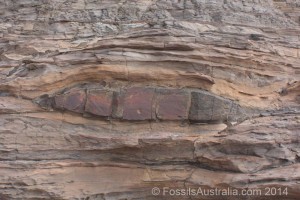 Planar laminae
Beds that are deposited in even, horizontal sheets are called plane beds and are composed of planar laminae, typically 5 – 20 grains in thickness. Plane beds form at high flow velocities, beyond those capable of forming dunes. Also typical of plane beds are current lineations, which are furrows and ridges a few grains in height that are oriented parallel to flow direction.
laminae do vary in thickness laterally. 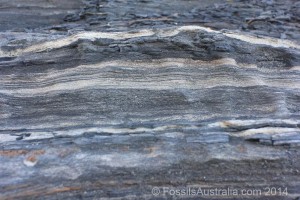 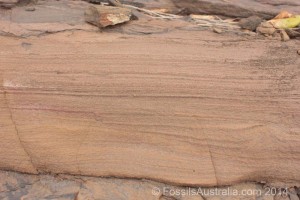 In geology, a graded bed is one characterized by a systematic change in grain or clast size from the base of the bed to the top. 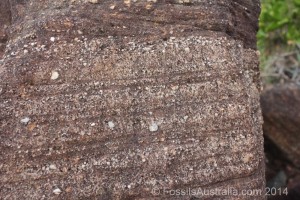 Herringbone cross-stratification is type of sedimentary structure formed in tidal areas, where the current periodically flows in the opposite direction. 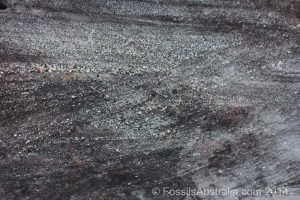 Ironstone is a sedimentary rock, either deposited directly as a ferruginous sediment or created by chemical replacement. The iron minerals comprising ironstones can consist either of oxides, i.e. limonite, hematite, and magnetite; carbonates, i.e. siderite; silicates, i.e. chamosite; or some combination of these minerals. 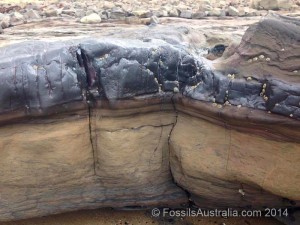 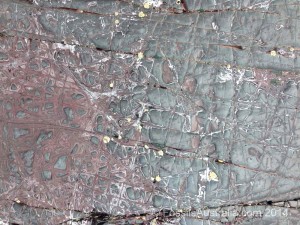 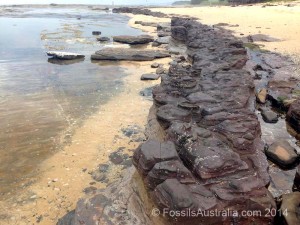 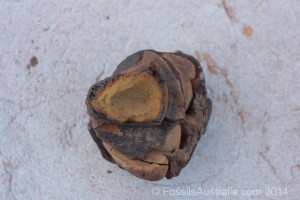 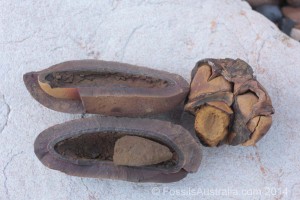 Petrified wood is the name given to a special type of fossilized remains of terrestrial vegetation. It is the result of a tree or tree-like plants having completely transitioned to stone by the process of permineralization. 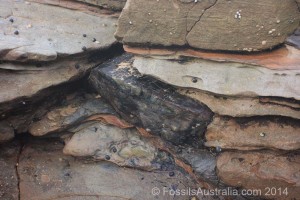 Syneresis cracks are formed by the contraction of clay in response to changes in the salinity of a liquid surrounding a deposit. 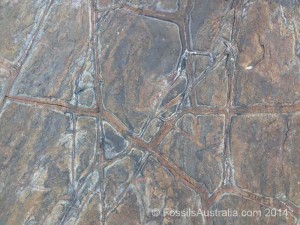 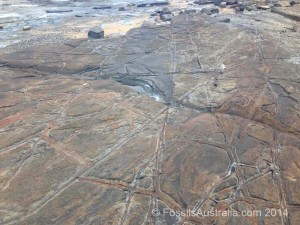 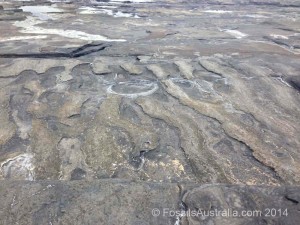 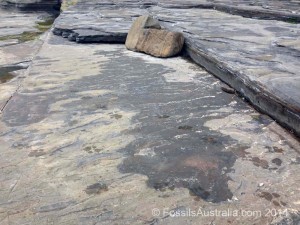 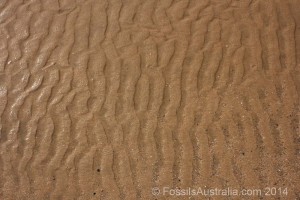 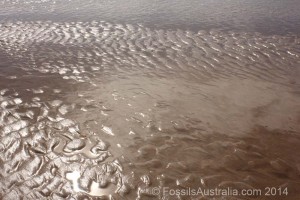 Mudcracks (also known as desiccation cracks or mud cracks) are sedimentary structures formed as muddy sediment dries and contracts. Crack formation also occurs in clayey soils as a result of a reduction in water content. 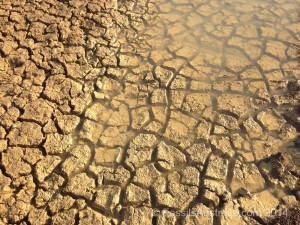