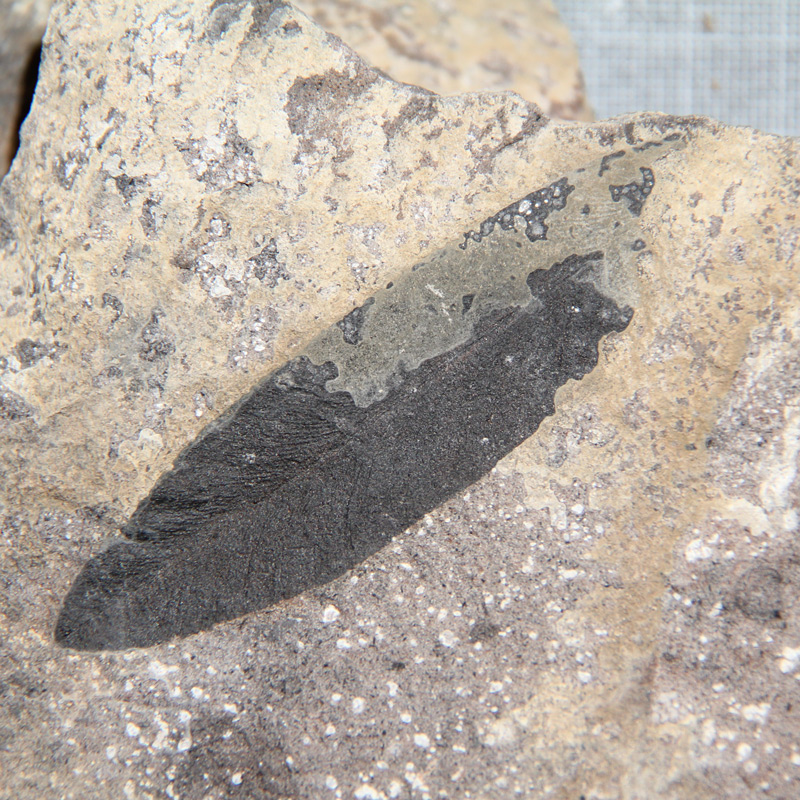 Glossopteris is the largest and best-known genus of the extinct order of seed ferns known as Glossopteridales. Glossopteris was a dominant plant throughout the Permian and much of the Illawarra Coal Measures are made up from the deciduous leaves that the plant dropped in the cooler seasons. They disappeared in almost all places at the end of the Permian. This example is of a leaf that is apparently similar in appearance to a tongue, the name Glossopteris comes from the Greek word ‘glossa’ which means tongue. Specimen from the Illawarra of NSW.